This protein rich Kidney Beans Spinach Masala is a nice twist to the traditional cuisine. Its a blend of delicious spices and nutritious ingredients. 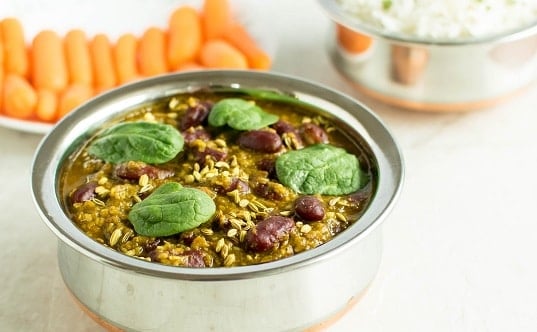 Rajma Chawal in India is a staple for almost the whole region. So it goes without saying that its Rohit’s favorite meal too.

Kidney beans in India are commonly known as rajma and are a very popular North Indian dish.

With that in mind I wanted to add some greens into these protein rich beans and make it even healthier for my family yet maintaining the Indian flavors.

Spinach is the friendliest green leaves to most of us who do not like too many vegetables or are picky eaters and instead of cooking kidney beans in a traditional style I wanted to make it thicker and richer yet healthier and lighter in calories without compromising on taste. 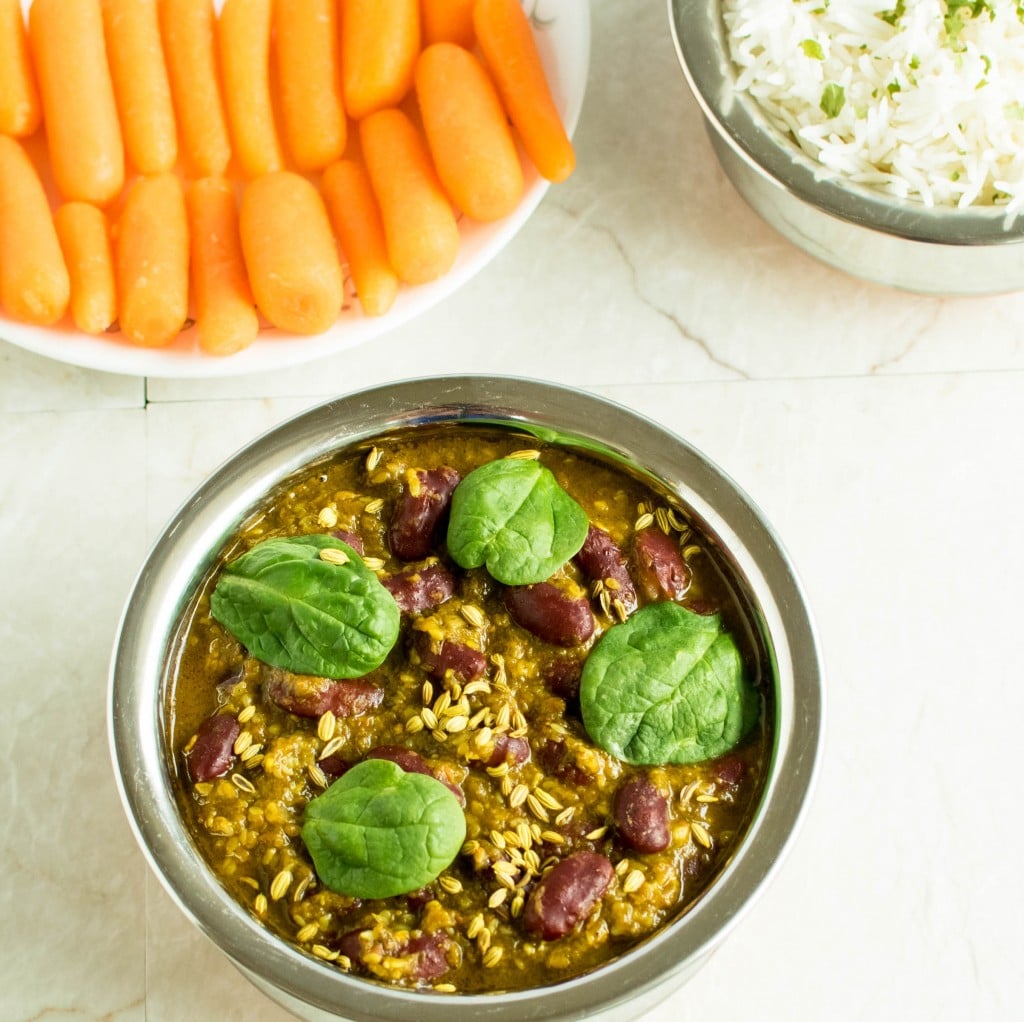 For this, I mainly I played with the spices from my kitchen spice rack.

I used the most common spices available in our pantry because I wanted to make this recipe super family friendly. Moreover, I was just lazy to go to the store to explore any exotic spices not to forget the budget part. 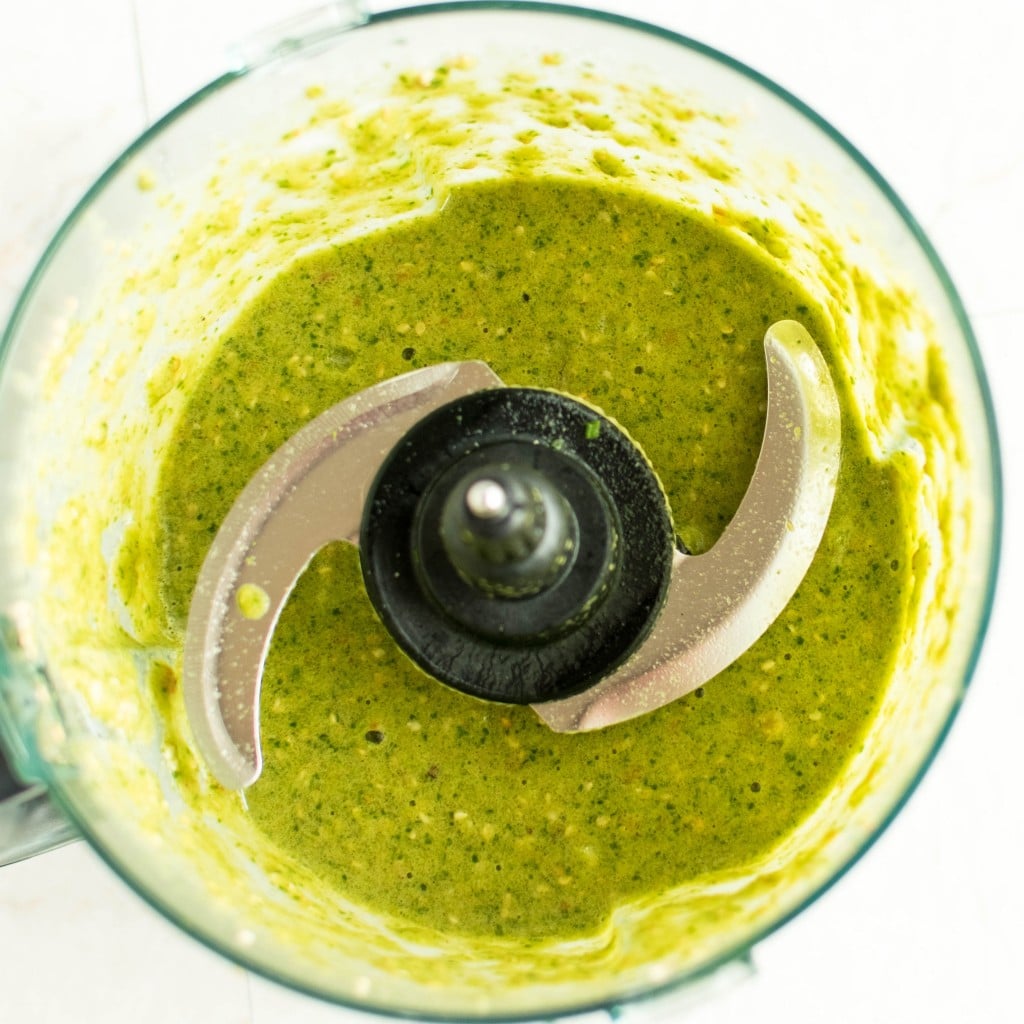 I love grinding masala paste for many reasons –

So I made a paste out of onions, tomatoes, sesame seeds, spinach, cloves, peppercorns and green cardamom along with its skin.

When, I sauteed it in warm oil this masala paste generated mouthwatering aroma.

Cinnamon powder added mild sweetness and softness to the masala paste and turmeric is used in most of the indian recipes and acts as an antiseptic.

After adding rest of the spices the gravy tasted super delectable and each and every spice payed its role beautifully in this entrée.

Lastly, I added boiled kidney beans and topped with very little garam masala to give it a strong aroma of Indian flavor and Kidney Beans Spinach Masala was ready within 25 minutes.

The ingredients might look a little too many but these are absolutely common spices and takes only 25 minutes for Kidney Beans Spinach Masala to get ready.

You may serve it with naan, roti, paratha, rice, pilaf and a side salad. Enjoy unlimited. 🙂 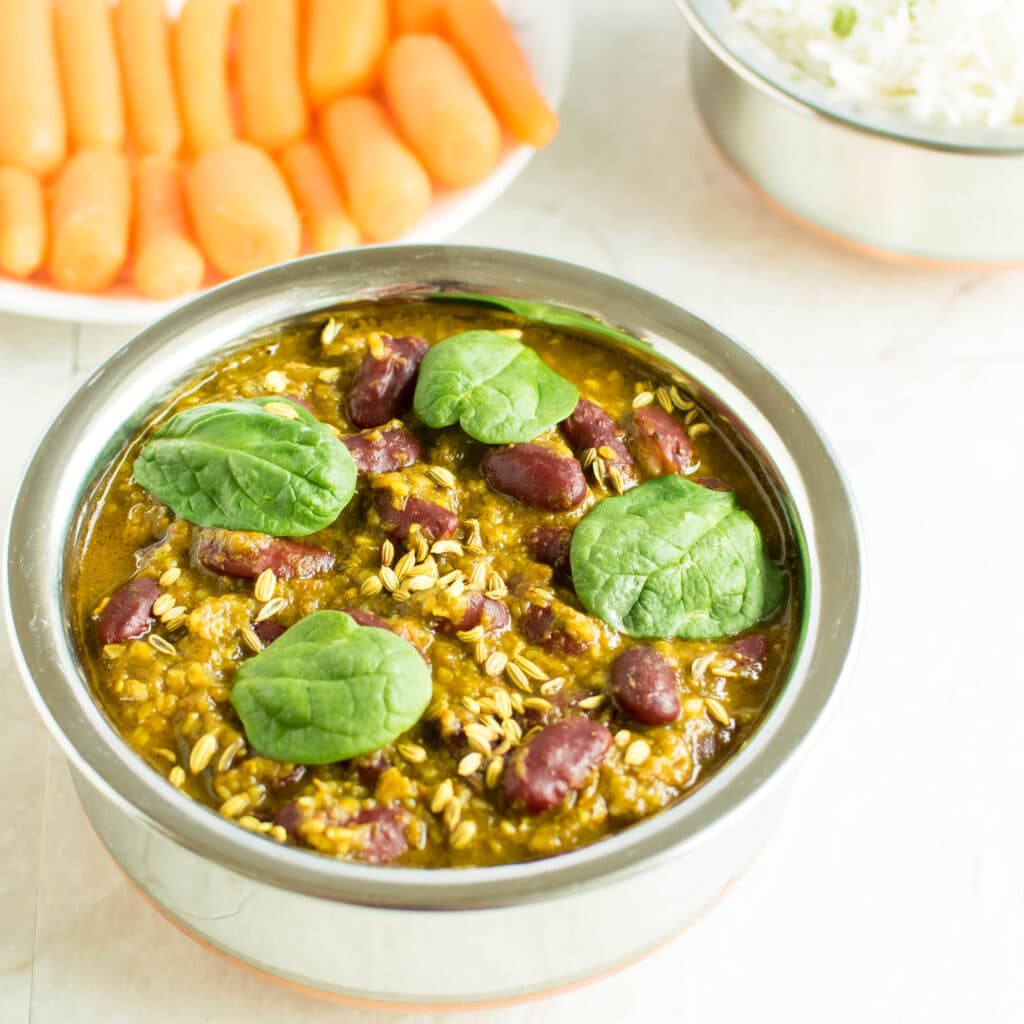 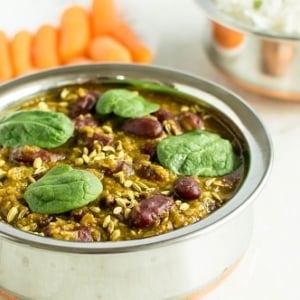 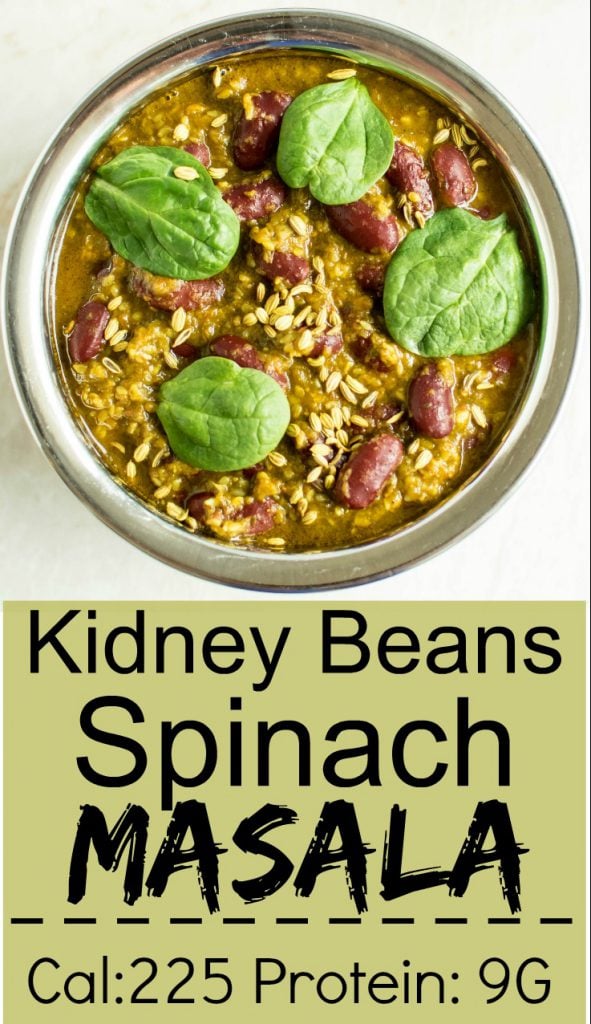