This beautiful Plum Pomegranate Smoothie is a refreshing beverage with a hint of herb. It’s lighter to digest and is mild tangy to the taste buds. 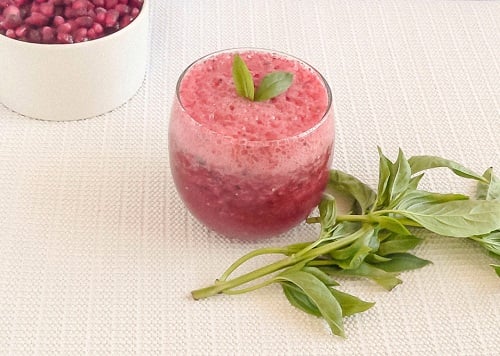 Plum – it’s a family of prunes. When it is ripe this fruit is juicy and and sweet with a mild tang to its taste. Along with being rich in antioxidant it is high in fiber also.

Basil – This herb is not only adds flavor to any recipe but is also a good source of magnesium as well as promotes blood flow.

Maple Syrup – here, I have used it as sweetener to cut on the tangy flavor of this smoothie.

Water – I used it here to blend this recipe into a smoothie.

Ice – It gives this smoothie a nice cold and thick texture. 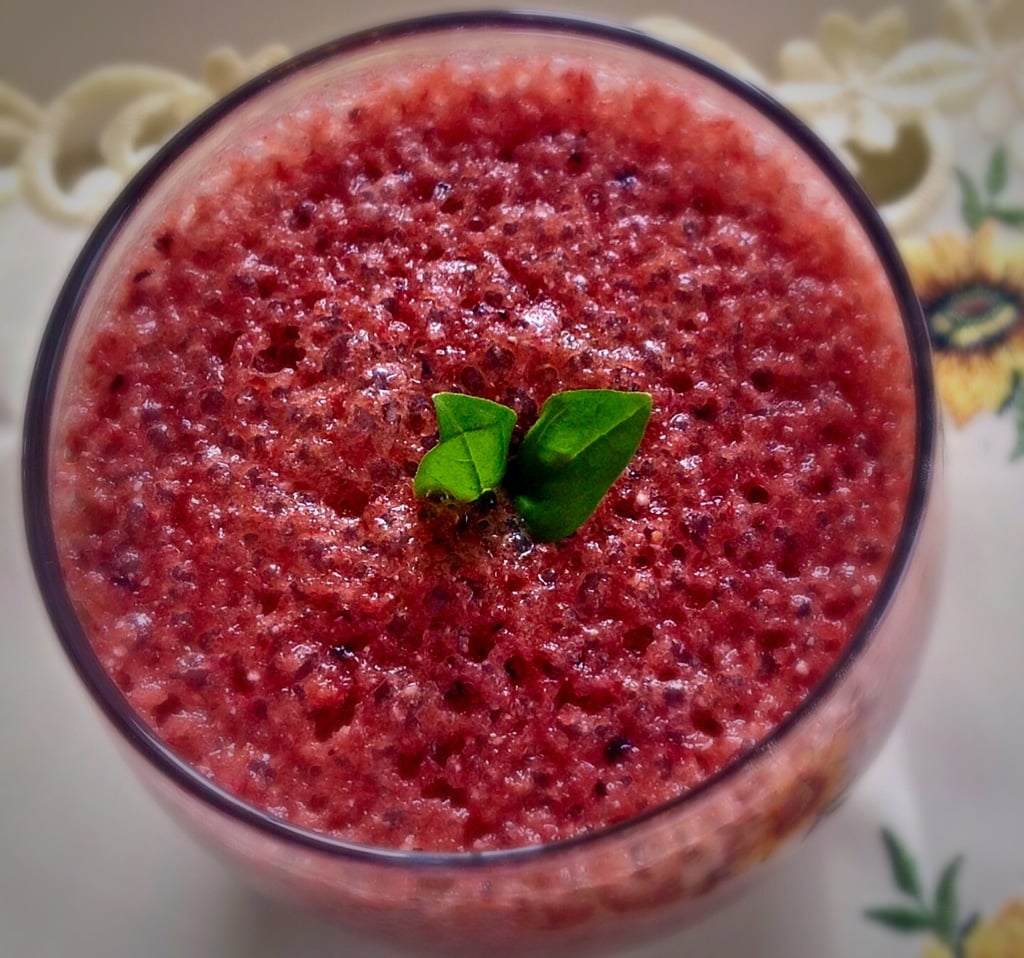 How to make this Plum Pomegranate Smoothie

My other Pomegranate Recipes are : 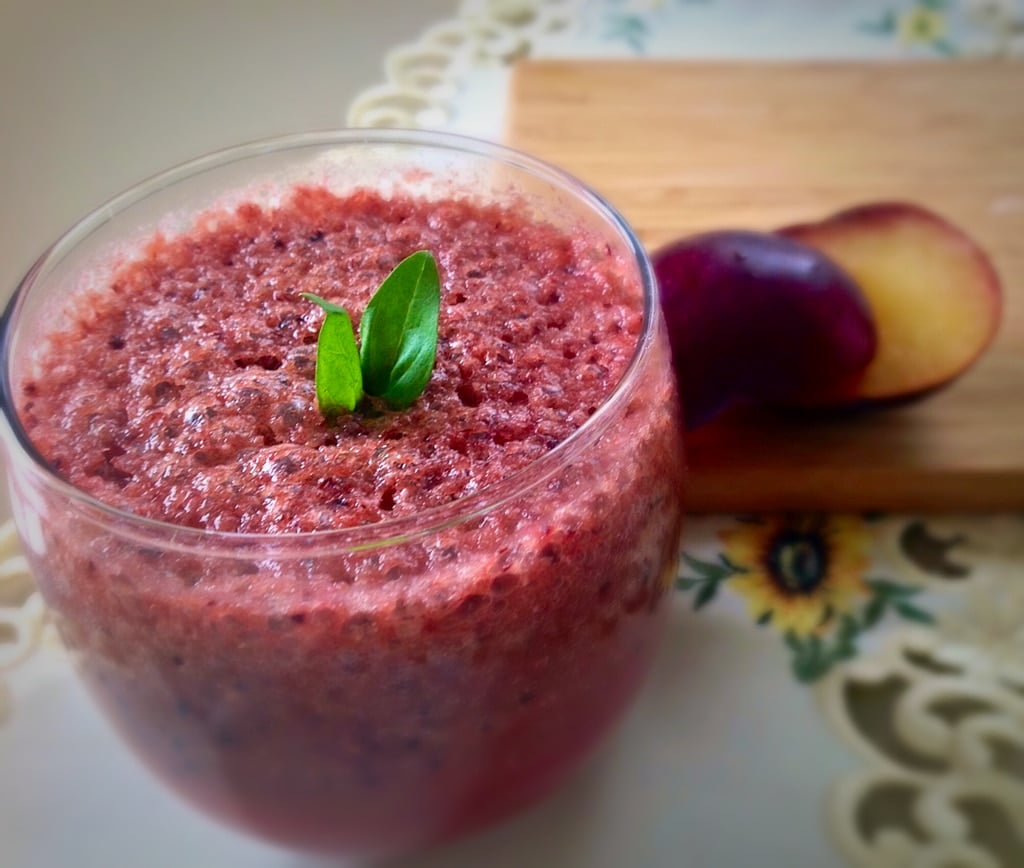 If you get a chance to make this recipe then please leave your feedback in the comments below along with the ratings. In addition, you may tag @kiipfit on Instagram as I would love to see what you made in your kitchen. 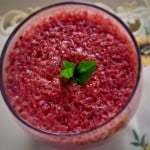 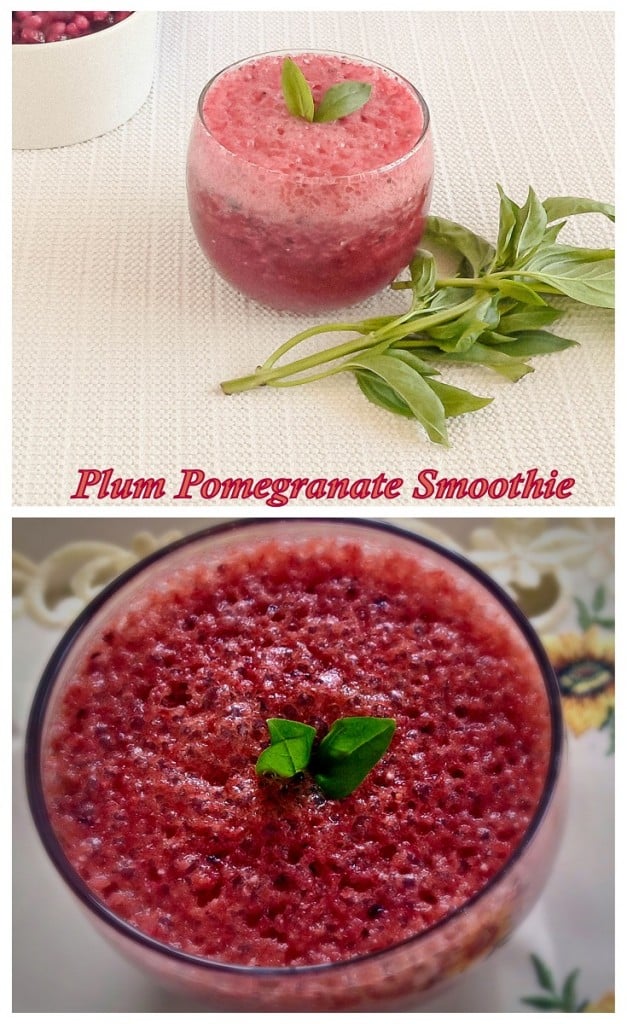