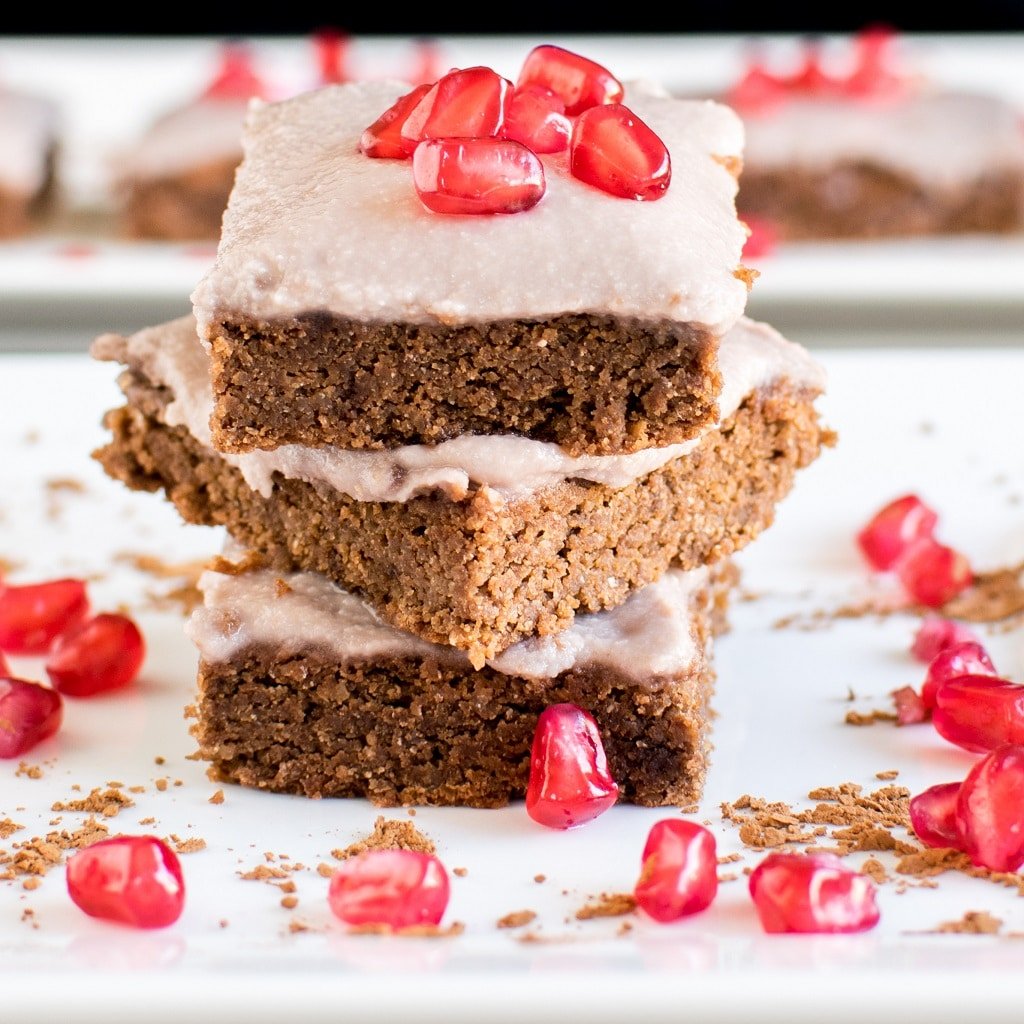 Pomegranate Frosted Flourless Brownies made with loads of love and care is packed with deliciousness. The chewy texture of this flourless brownies and freshly prepared pomegranate frosting is simply outstanding. Once you bite on it I bet you cannot stop until you finish the entire batch. The combination of chocolate and fresh pomegranate kernels in itself is mind boggling. The flavors tantalize the taste buds with immense pleasure and satisfaction.

I am not a born baker and it takes a lot to plan any baked recipes especially if it comes to desserts. I have been working on these brownies for a while now. Finally, after 3 weeks of practice I got the perfect texture and the taste for which I have been working so hard. Therefore, you can imagine my excitement on sharing this Pomegranate Frosted Flourless Brownies. 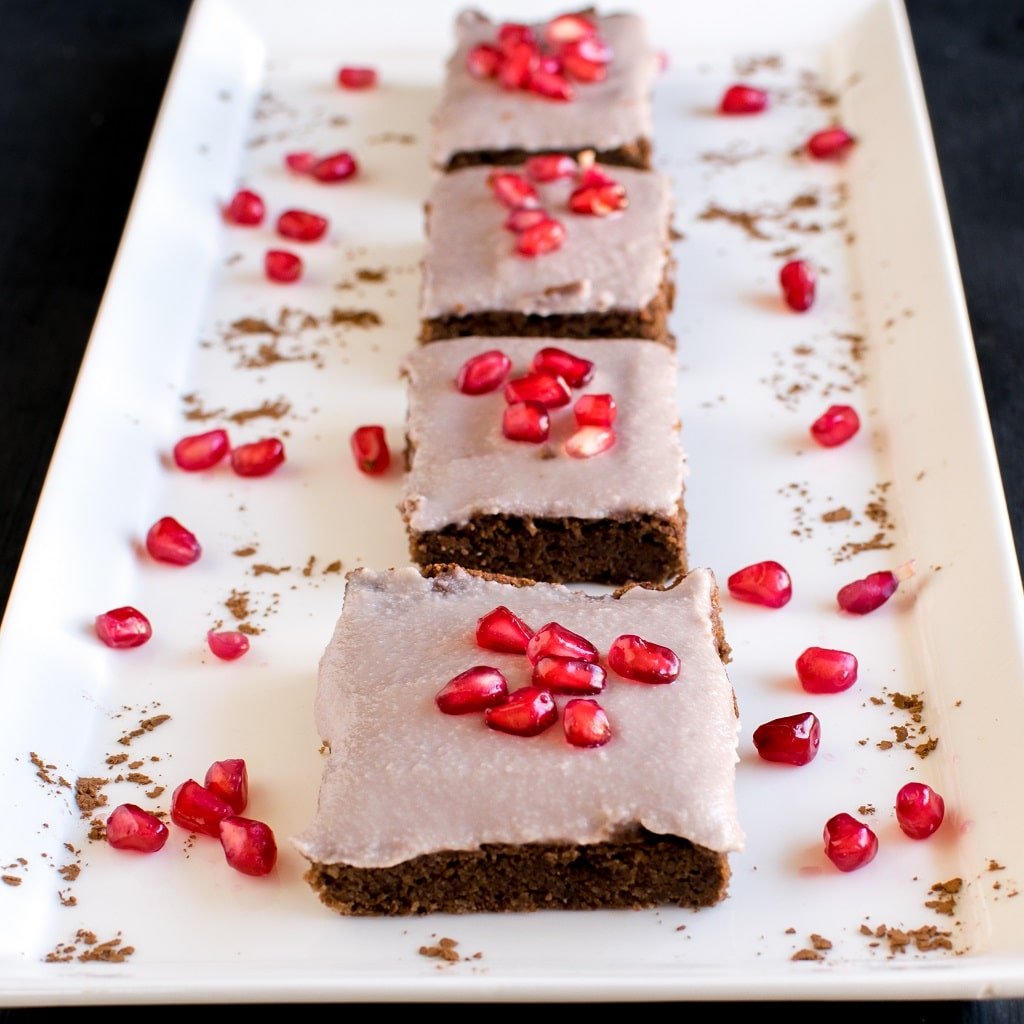 This dessert however is nutritious and heathy too. It is gluten free and paleo friendly along with being vegan. I made the frosting with fresh pomegranate kernels. For the brownies I used a combination of almond flour and coconut flour along with ooey gooey melted chocolate as well as cocoa powder.

I know it is common to say that my family loved it. I guess it’s quite obvious. However, I have to admit that my fussy Father – in – law who refuses to taste anything out of his comfort zone has been gorging over these brownies. I have already made two batches of these Pomegranate Frosted Flourless Brownies only for him. We all are amazed at his craziness for this mouthwatering dessert. But, it makes me very happy and encourages me to come up with more tasteful and healthy recipes to suit every taste out there in the world. 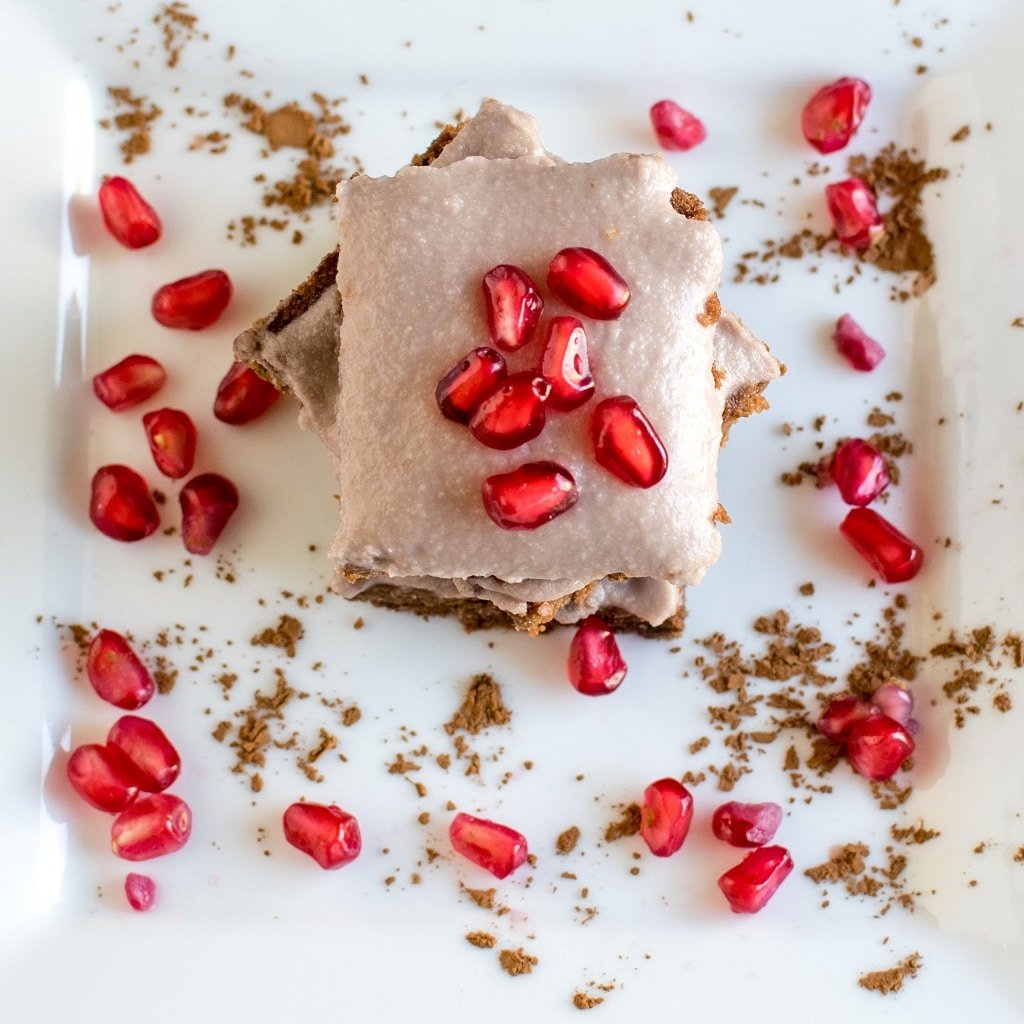 Thereafter, for the brownies I simply combined almond flour, coconut flour along with cocoa powder and melted chocolate. Afterwards, I folded in rest of the ingredients into the batter and I baked the brownies in a preheated oven for 30 minutes.

Lastly, I spread the frosting evenly on the brownies and cut into square pieces. Later, I garnished the brownies with fresh pomegranate kernels which definitely enhanced the taste of these brownies. These brownies stay good in the refrigerator for 4-5 days in an air tight container. Isn’t that a bonus?

I know you must be drooling over these beauties by now….so why wait??????

Hurry up and bake Pomegranate Frosted Flourless Brownies…….. and……..satisfy your sweet cravings in a healthy way!!!!!!! 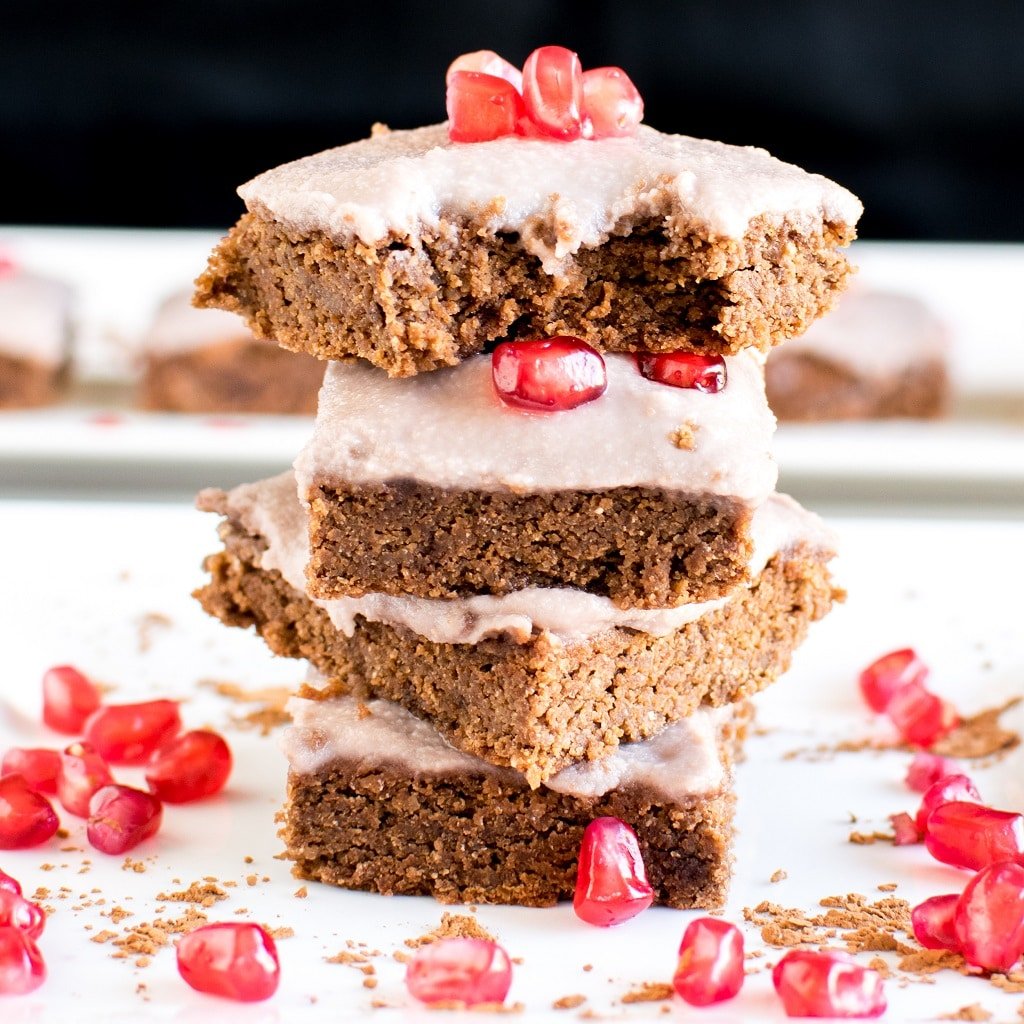 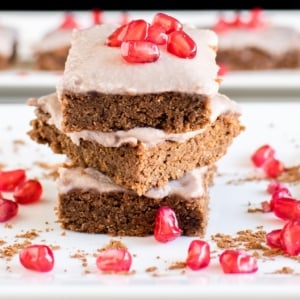