Vegan Seitan Cilantro Masala is a delectable and flavorful entree with a medley of Indian spices and vegan protein. It’s a great substitute for coriander chicken as well. 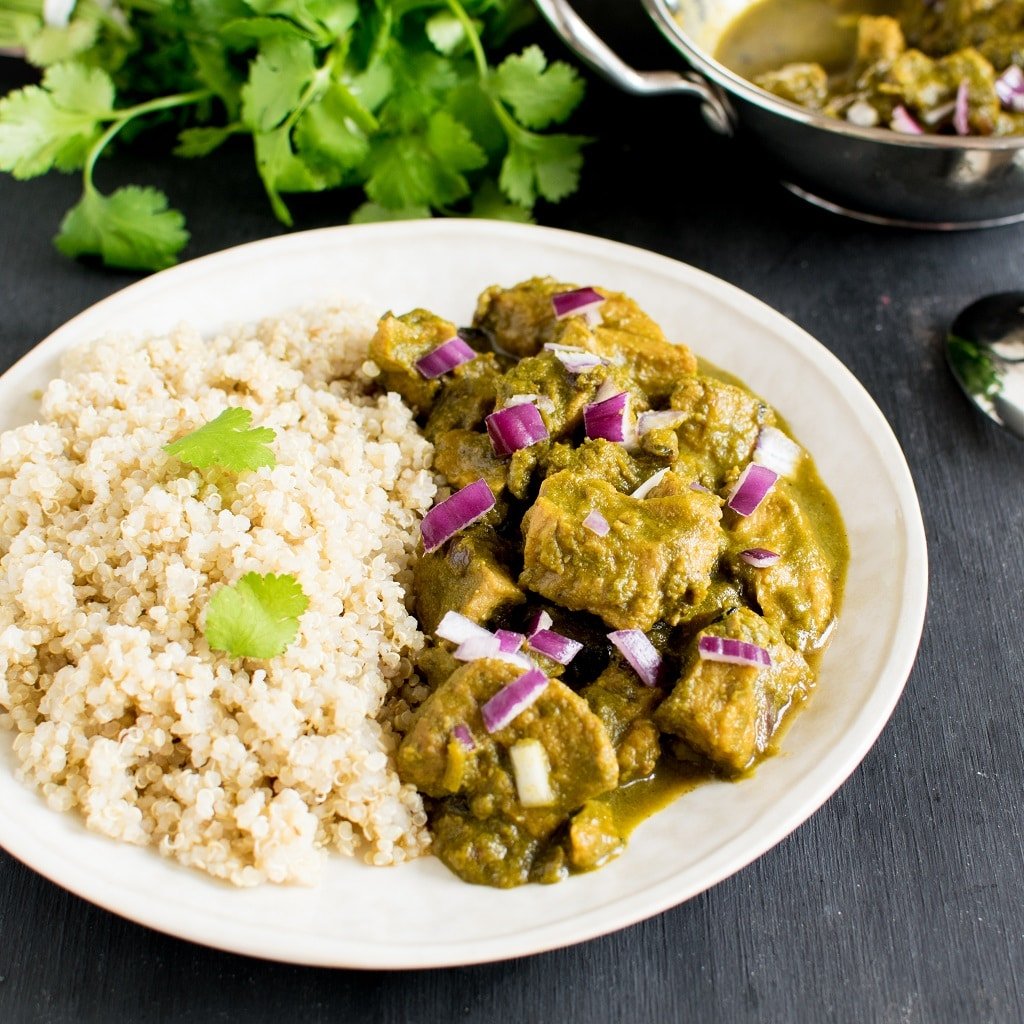 My recent found of seitan has sufficiently provided me with my protein requirement.

Seitan is a wheat protein and it’s super versatile. It serves as a great substitute to chicken in any recipe.

I have been thinking to come up with some protein rich vegan Indian recipe.

Fortunately, I had a bunch of fresh cilantro sitting in my refrigerator.

Initially, I planned to make some chutney out of it. At that moment, it struck me, to make a recipe similar to coriander chicken with seitan in it. That way I eat enough protein, and satisfy my desire for an Indian masala entree.

It only takes 20 minutes for this entree to be served with minimum mess. All you have to is to blend tomatoes, cilantro, cumin seeds, garlic and ginger with some water in a blender.

Thereafter, you may heat oil in a pan, saute onion and cubed seitan. Next, you need to fold in the blended chutney and toss in some more seasonings. Voila! The dish is ready within minutes.

Yes, it’s possible to have a gourmet and lip smacking spread on the dinner table even on a week night.

If you want to try out more recipes with cilantro here are some of them from my blog: 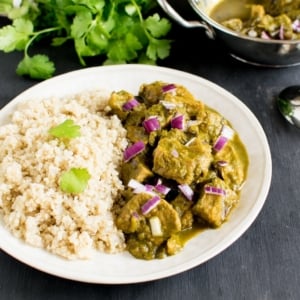 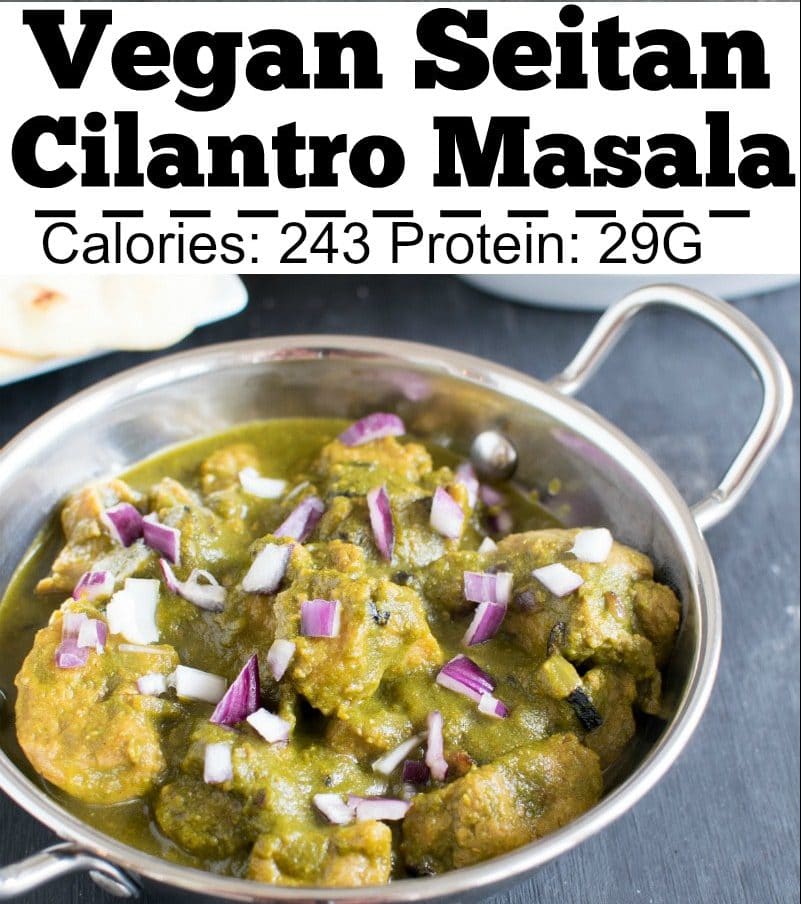