Vegan Pepper Jack Pumpkin Fettuccine is made with the goodness of pumpkin and vegan flavored cheese and folded in with fettuccine pasta. Its oil free and perfect for all the pasta lovers. 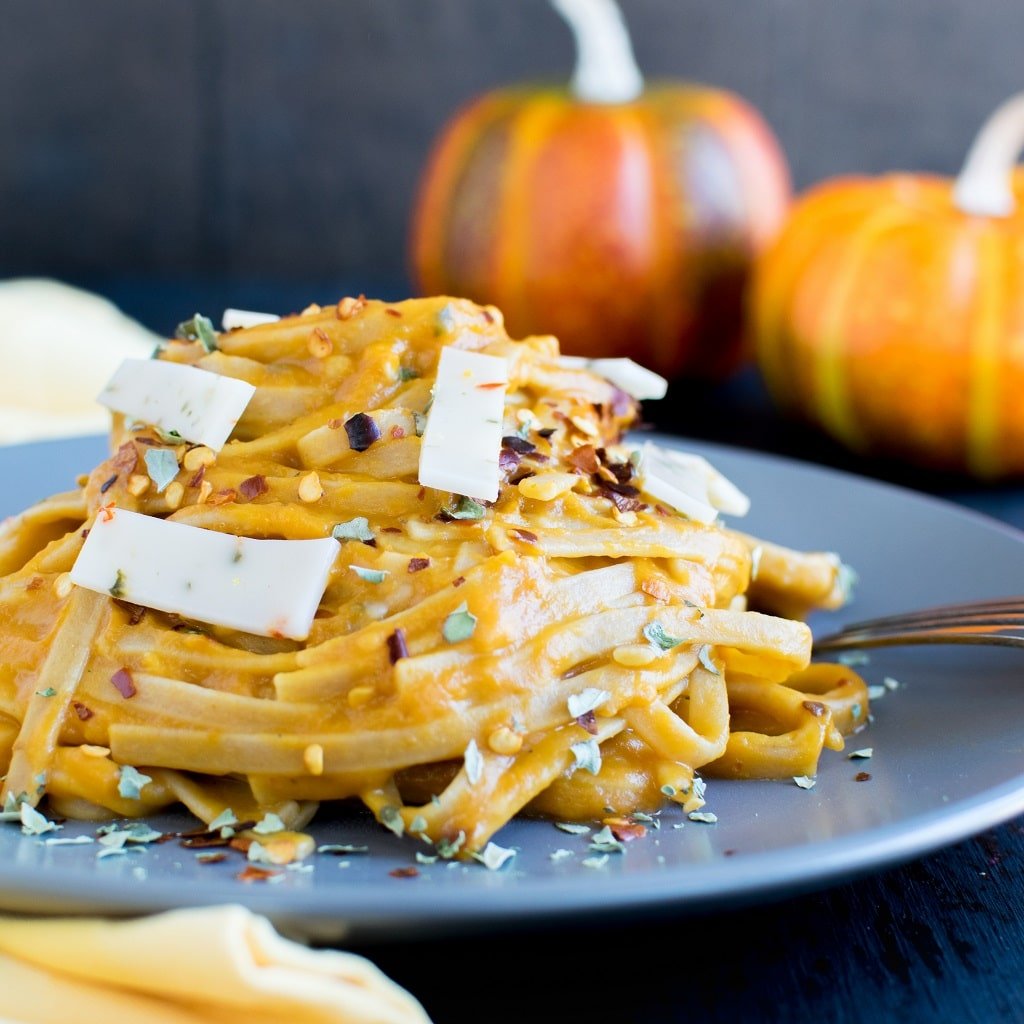 However, gluten free fettuccine goes well in this recipe too. I am personally fond of pasta to the extent that I can eat 3 meals of it all 7 days. It sounds crazy, I know, but I am super crazy for any type of pasta.

I am sure, many of you look for a variety of sauce for your pasta just like me. It’s very natural because lot of times it gets boring eating the same pasta in the same style. Occasionally, we all need a change in our menu and food items.

Since it is fall and pumpkins have already flooded the market I decided to do a pasta recipe with pumpkin as the main ingredient.

There might be many pumpkin pasta recipes flowing all over internet but I am sure you have never tasted anything like Vegan Pepper Jack Pumpkin Fettuccine.

It’s not the regular mac and cheese and neither is it regular pasta sauce. The flavors of this pasta recipe are outstanding and something that your taste buds would want over and over again. The best part of this recipe is that it is oil free.

If you are looking for more pasta recipes then I got you covered…..

How to make Pumpkin Fettuccine 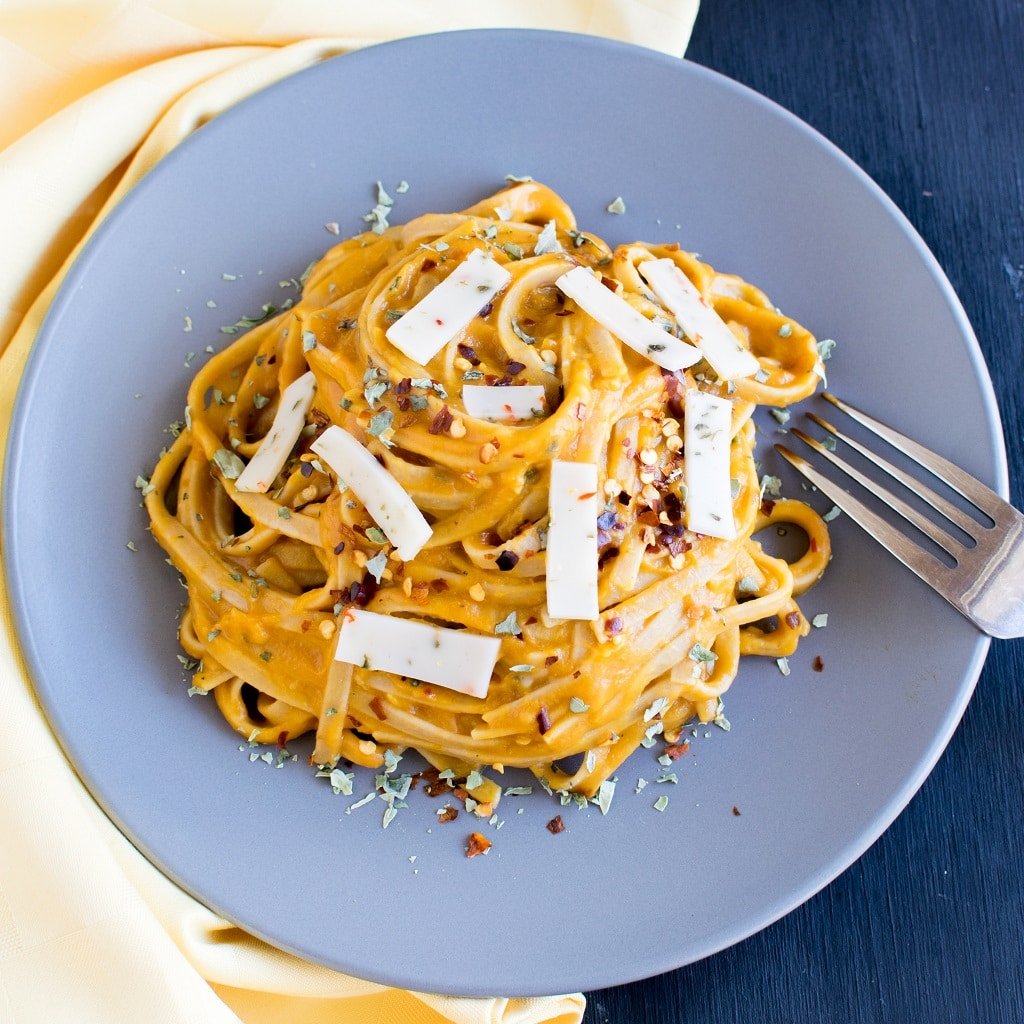 Before I turned into vegan diet I used to love pepper jack cheese. It’s been a while I have been missing the cheese and I was not in the mood to make my own cheese.

I would genuinely recommend you to cook this Pumpkin Fettuccine recipe. Its delectable and satisfying as well as a perfect savory fall recipe.

If you get a chance to make this recipe then please your feedback in the comments below and also rate this recipe. You may also tag @kiipfit on Instagram and I will definitely shout it out there. 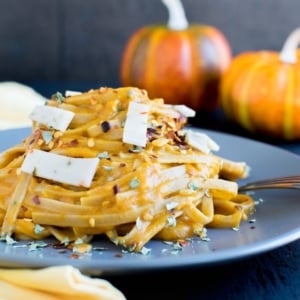 Vegan pepper jack cheese will give a spicy blend to this recipe so if cooking for kids you may avoid the crushed chili flakes. 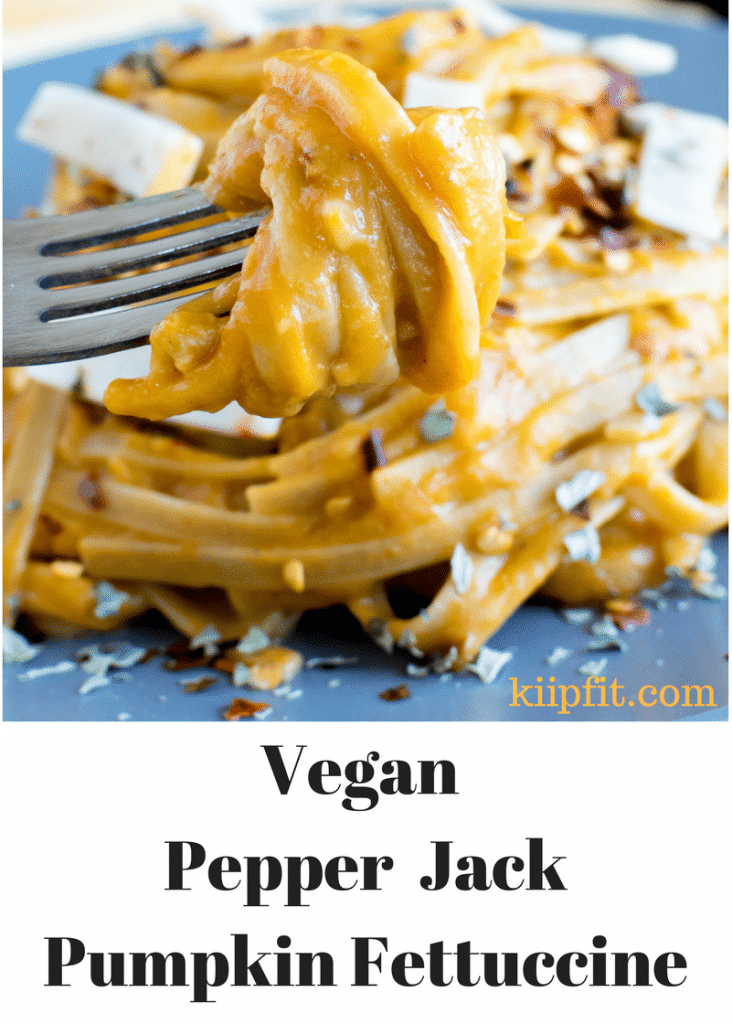