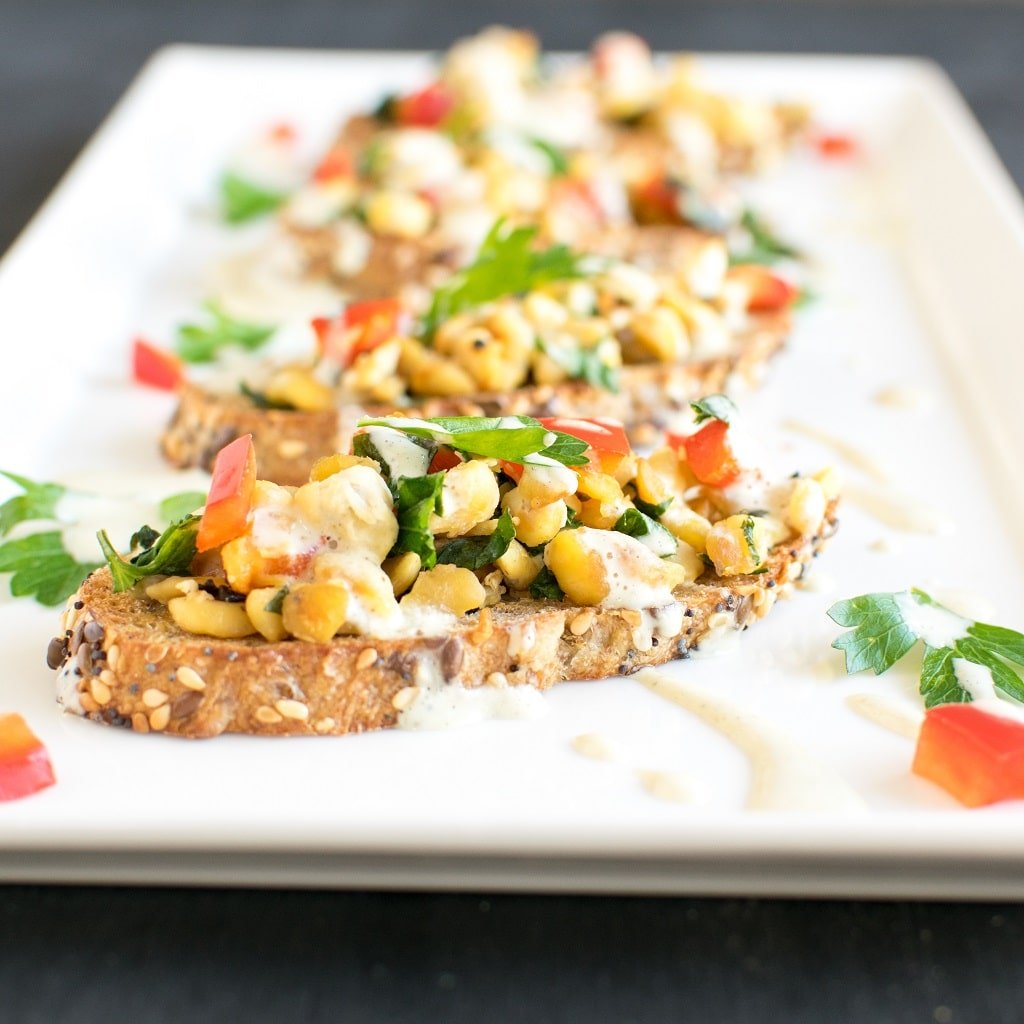 Herbed Cashew Cream Tempeh Crostini is not only healthy but is packed with flavor and outstanding taste. It’s very easy to make and is a perfect party appetizer. With Thanksgiving and Christmas approaching this appetizer is definitely a winner. The delicious blend of herbs along with raw cashew nuts drizzled over tempeh crostini is to die for.

I have been gorging over the leftovers for the entire week. Even my fussy eater family loved these crostini to the extent that they made me make them thrice over the last week. Hahahha!!!!!! I cannot get over the delicious flavor of the entire combination of the ingredients.

Tempeh as we all know is super healthy and absolutely desirable protein. If tempeh is cooked properly it does wonders to any recipe. So I learnt a trick to cook tempeh this week. I boiled tempeh first before cooking them directly. I must say tempeh has never tasted soooo good before. Afterwards, I cooked them again thoroughly with Parsley and other ingredients. However, I made sure to brown tempeh slightly to bring that crunchy and chewy texture for this crostini appetizer recipe. 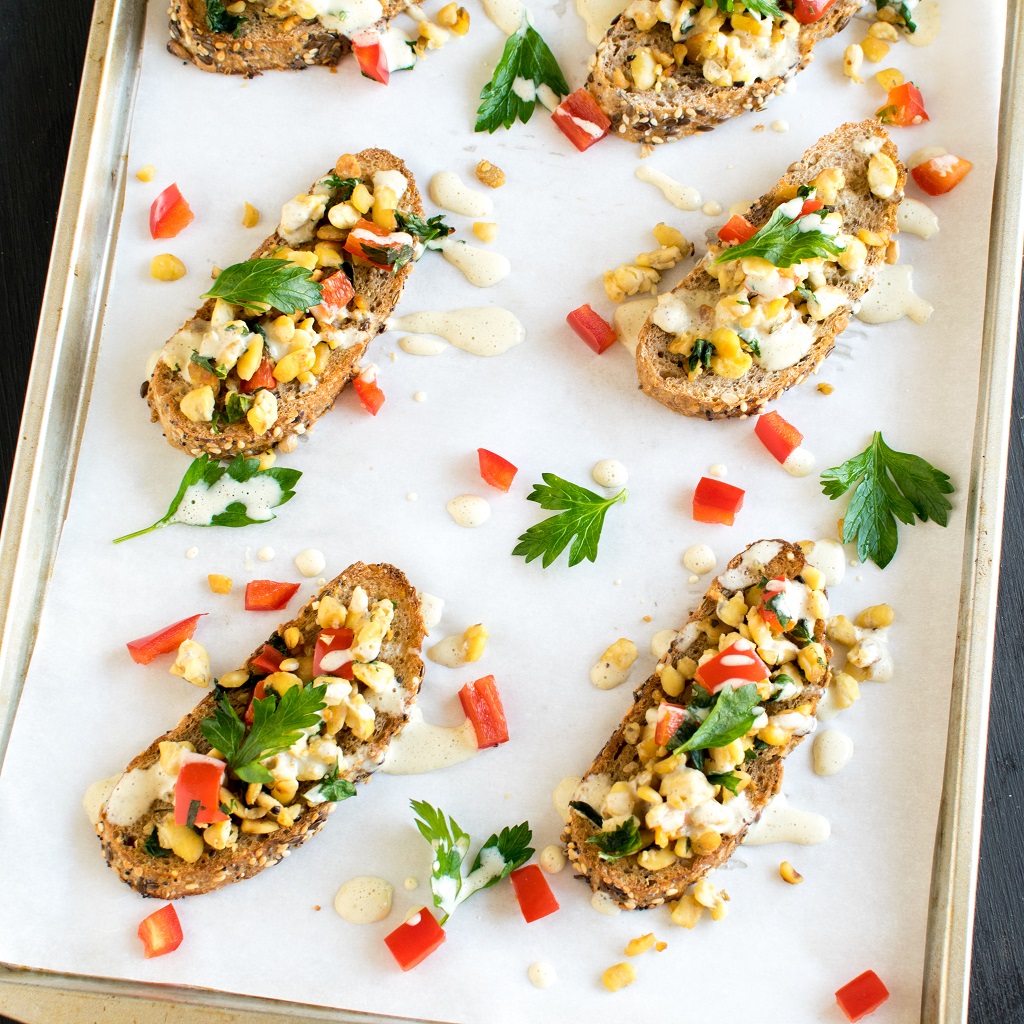 I used multi-grain artisan bread for the bread base. We absolutely loved the combination. Even though it is fine to use any bread of your choice, I would personally recommend using the bread that I used. The deliciousness of Herbed Cashew Cream Tempeh Crostini increases 10 times more. After this, comes the hero of my recipe….Herbed cashew cream. It is a versatile dip and so tasteful that you may drizzle it over any recipe and that will bring utmost pleasure to your taste buds. The leftover herbed cashew cream stays good in a refrigerator for a week. Just make sure to store it in a glass jar. This Herbed Cashew Cream tastes amazing over pasta salad as well 🙂

So if you are inviting people over or planning a potluck, this Herbed Cashew Cream Tempeh Crostini will steal the limelight of the table spread. 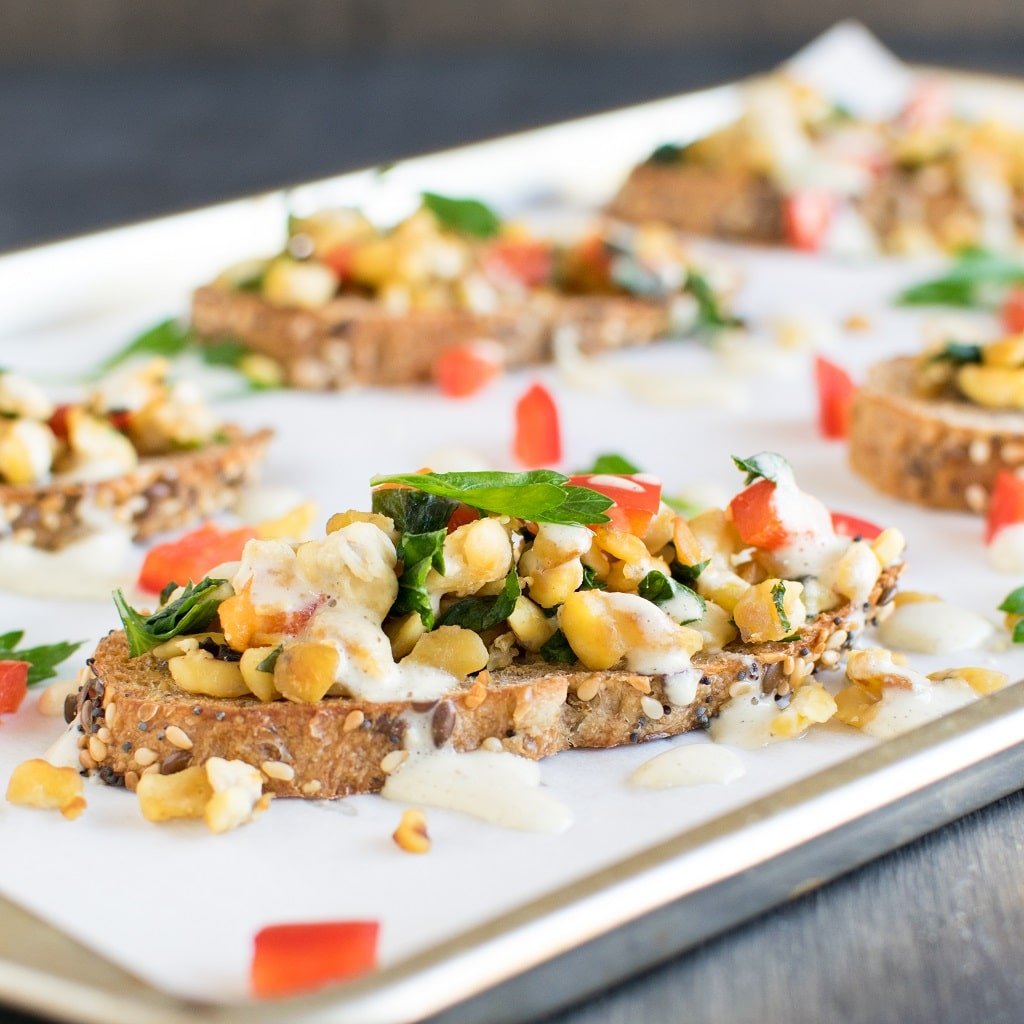 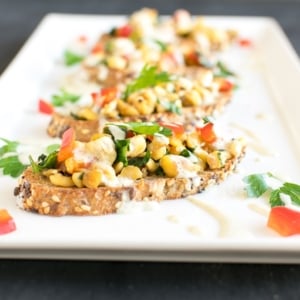